The story of “giving back”.

A plan was hatched

And so it all began on the morning of 18th September 2011, when my wife and I sat and watched the Bupa Great North Run in our dressing gowns whilst having a relaxed Sunday morning.

Before the race started, as ever in true BBC style, wonderful tales of heroism, courage and support were told by everyday people, all running for their cause – all running for something they believed in passionately and all doing something positive to help that cause.

Listening to their stories and watching them run put me to shame that morning.

We’d just come back from a pretty special summer holiday. We live incredibly privileged lives and it hit me squarely between the eyes that it was time to take some action, raise some money and generally give something back to the charity that in an indirect way had saved my life 15 years’ ago.

That morning we hatched a plan for me to run four half marathons in a month. Not ground breaking by any stretch of the imagination – but challenging enough for me. What would make it even more special however would be to run it with a group of friends and persuade them to do the challenge too.

On 17th November 2011, after much research, thinking and fine tuning of my pitch, I assembled 10 “dad’s” in our local pub and waited till pint #3 before pitching the challenge.

Our challenge is now over. 6 of us ran every race, one of us kayaked two half marathons and 10 others were involved in single races, which was no mean feat. Somehow I managed to run 4 personal bests in a row and am now fitter than I’ve been for a long time which was the icing on the cake really! 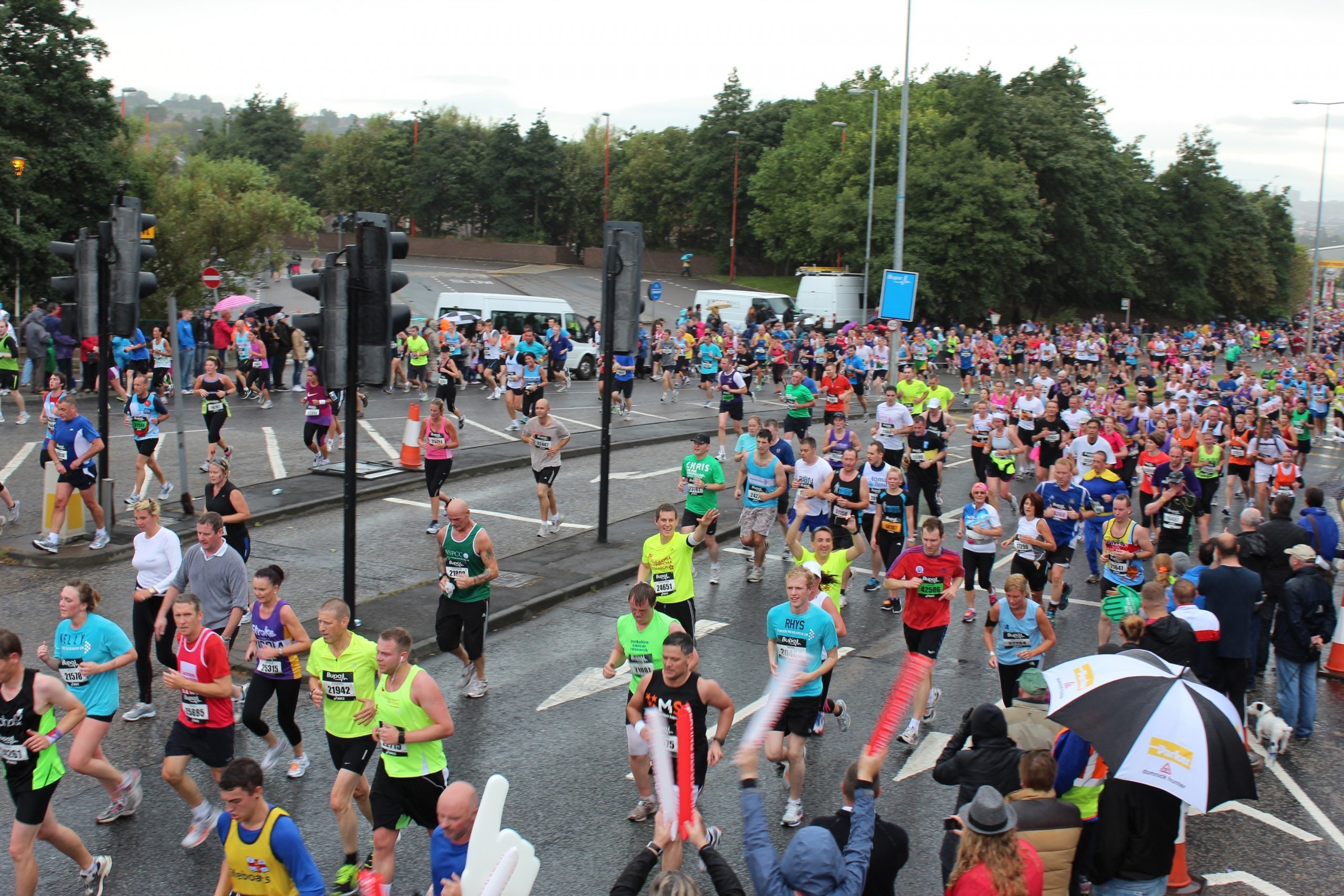 We then had a week off 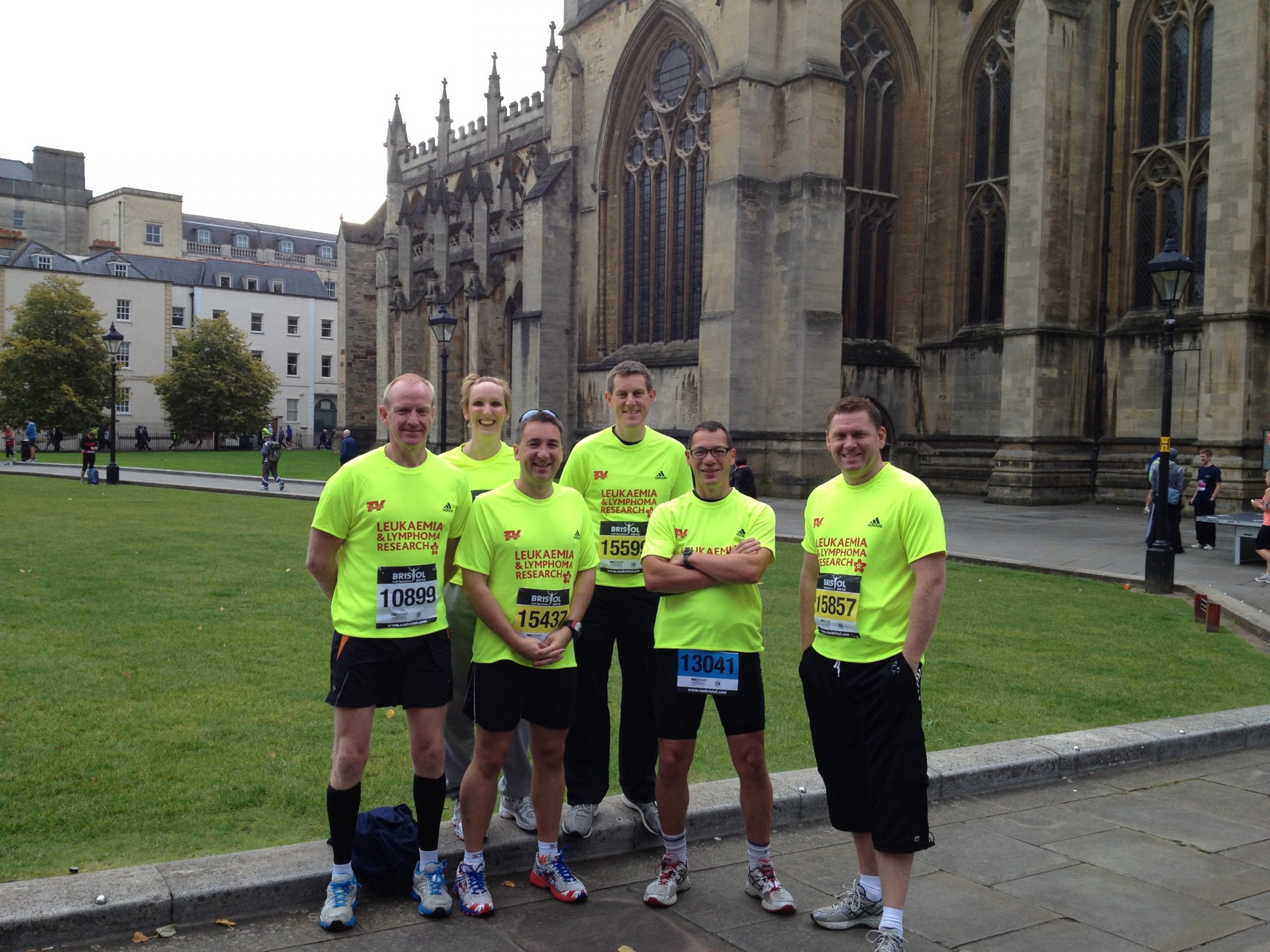 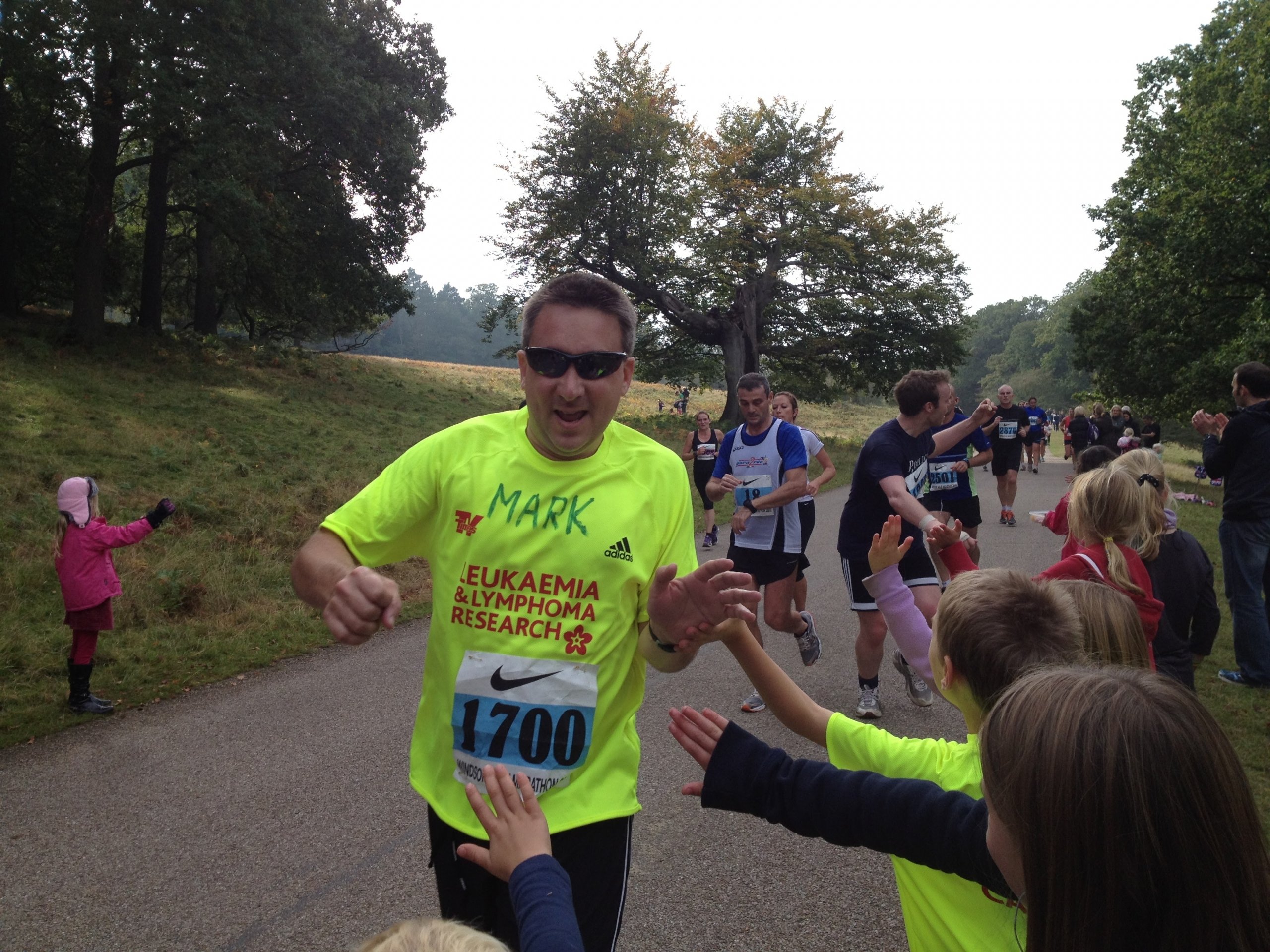 The hardest – closest to us and arrived late, the hills hurt a lot, the children running the home straight with Paul was a real highlight 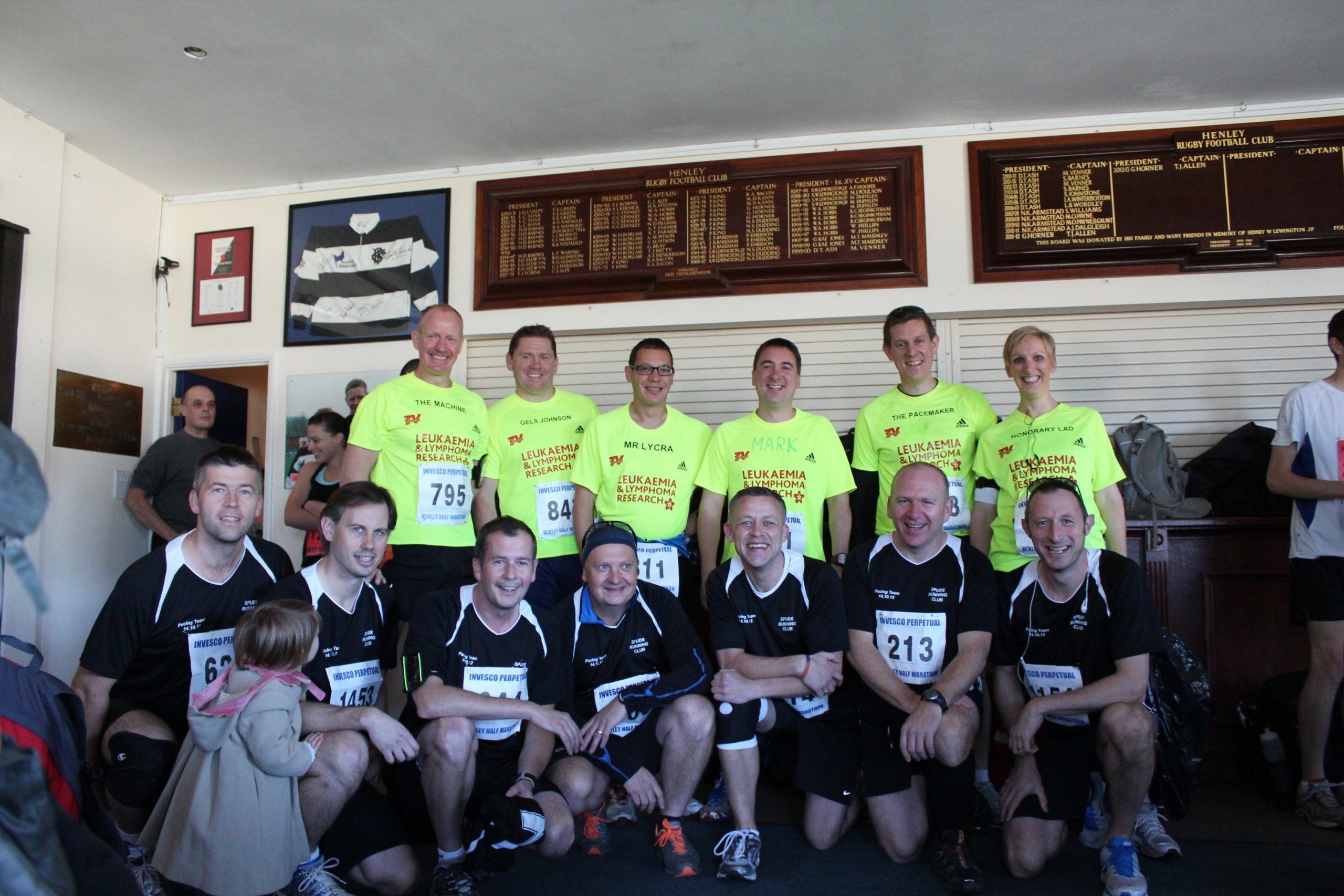 I was somewhat surprised by us being joined by 7 of my school mates, stunning weather, gorgeous scenery, the hardest mile of the 52 in Henley Hill, a great celebration afterwards.

We celebrated the end of our challenge by gathering runner and supporters at the Thames Riviera Hotel in Maidenhead. It was a great night to reflect on the last few months of training and the pain of racing 52 miles across that month. Everyone had their own stories to tell and everyone had a lot of special memories. Some of us were even sad it was over!

I did stand on a chair and make a speech I’d spent most of the day writing – it was predominately to say thank you to everyone, and to award some certificates – I’d even laminated myself…

I also wanted to announce a total (which is still going up)… across 242 individual donations, including gift aid, we had exceeded our target of raising £10,783.20. However, in addition, I was delighted to announce a matched donation from BP (thanks to Simon Hodgkinson – one of their employees was part of the team )of £2,783.

There were gasps from the audience…

But even better than that, Paul Johnson then stood up… he’d applied for a grant from the foundation of his company Allergan (Allergan International Foundation) and had been successful. He proudly handed over a cheque for £10,000, making our total raised so far £23,566. 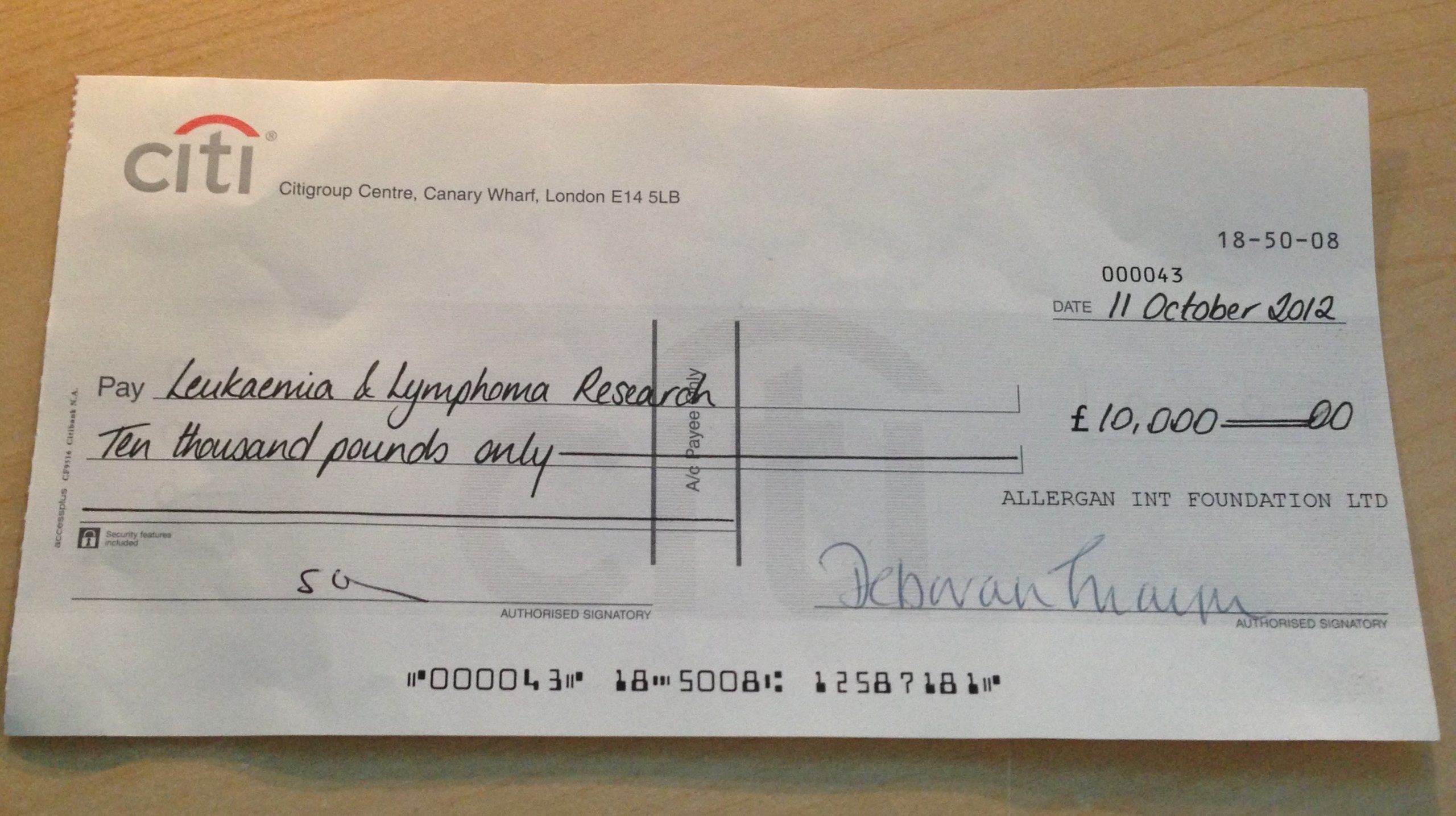 Donations on the night took the total to £23,758– which we were all thrilled with.

And so what a journey it’s been. What a lot of fond memories and most importantly, what a lot of money raised.

Let the next adventure be as fun…

Examples of simplicity in business

Why I’m running the London Marathon 2020
Scroll to top